Only a third of active equity funds outperformed passives in 2021 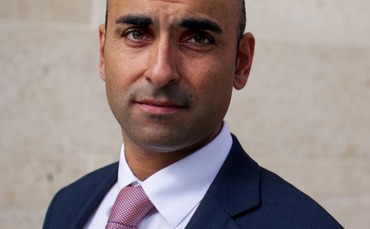 Only a third of active equity funds (34%) beat a passive alternative this year, according to a new report from AJ Bell.

The company’s latest ‘Manager versus Machine’ report analysed about 800 retail funds, finding that active funds performed particularly poorly in the US, Global, and Asia Pacific regions.

The report also notes that while longer term figures suggest active management have beaten the passive funds across most regions, this in not the case in the US and Global sectors.

“The fact that over 10 years only 56% of active funds have beaten a passive alternative, despite a tailwind from survivorship bias, demonstrates that investors need to be picky when it comes to buying active funds, and perhaps the regions in which they choose to allocate to active managers” said Laith Khalaf, head of investment analysis at AJ Bell.

Khalaf attributed part of the widening gap between active and passive management to the increasing concentrated nature of the market due to tech, with the seven biggest companies in the US market all being massive tech firms. He notes that “together they make up 27% of the S&P 500, up from 24% at the beginning of 2021”.

“The increasing concentration of large parts of the global stock market capitalisation in a limited number of companies operating in technology driven industries should be cause for concern for active and passive investors alike” he added.

The UK was particularly strong for active funds, with the average active fund returning 134% compared to 95.6% from the average passive fund over 10 years.

Khalaf said this was because of a greater weighting of small and mid-cap companies, saying that “not only have small and mid-caps significantly outperformed the big blue chips over the last ten years, they are also a fertile hunting ground for active managers to pick out hidden gems, as they are not as well scrutinised by the wider market”

The report also categorised the best and worst performing active funds in their sample by region in 2021. The UK saw Artorius (31.6% total return YTD) at the top, with Baillie Gifford UK Equity Alpha (-2.1% YTD) at the bottom.