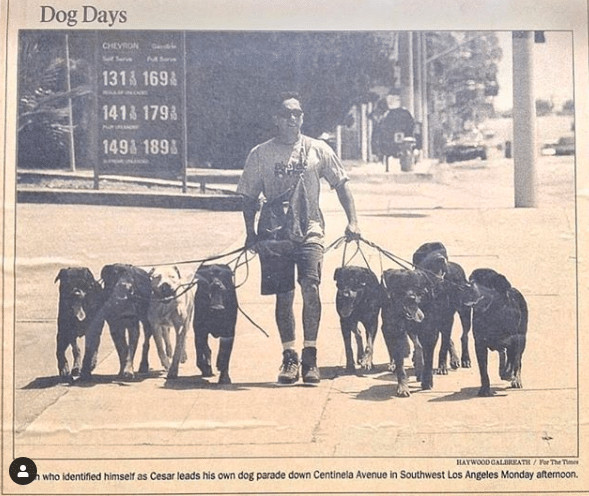 Many celebrity immigrants, like most immigrants, share one thing in common:
They have overcome mountains of obstacles and oceans of struggle, to shine in their own light.

In the process, they inspire countless others through their determination to achieve something more for themselves, their families and the world…

We will learn from Cesar and Salma’s incredible stories of hope, sacrifice and faith as well as their tales of tribulation, triumph and gratitude. 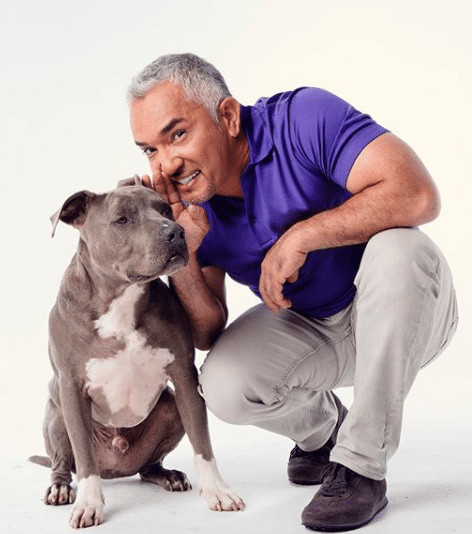 “America focuses on being very intelligent because that’s how you make more money.”

He is best known for rehabilitating aggressive dogs on his his television show Dog Whisperer that aired in over 80 countries from 2004 to 2012.

Millan’s simple yet revolutionary approach to dog training can be summed up as “Calm-Assertive Leadership”. This concept helped Cesar relax the most aggressive and violent dogs and allowed them to fall into their place as willing followers of the pack leader – the human.

Cesar holds the belief that all dogs need 3 things: “Exercise, discipline, and affection” -in that order. Via his television show, his clinics, his books and his famous pit bull “Daddy”, dog owners worldwide have witnessed the unbelievable transformation of their dogs while seeing the relationship with their dogs deepen and blossom. 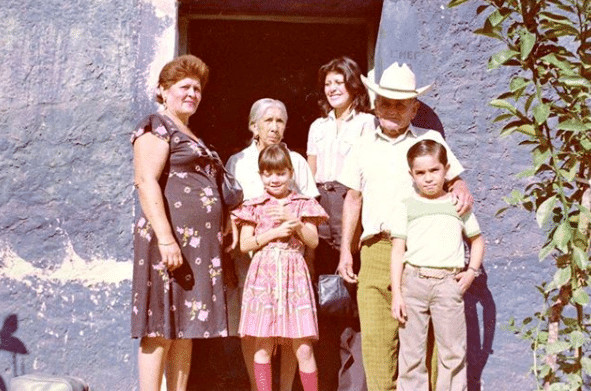 “Change takes effort. And the reality is, most people don’t want to put in effort to better their life.”

Cesar’s immigration story is quite interesting, and a little scary!

César Felipe Millán Favela was born in Culiacán, Sinaloa, Mexico on August 27th, 1969. He spent his early years living on his grandfather’s ranch and it is there, surrounded by farm animals, that he first became aware of the human-animal relationship. He became know as “El Perrero” -the dog herder- for his natural way with dogs.

After setting his dream as becoming the best dog trainer in the world Cesar set out to America with $100 at the age of 21. Reaching the border he met the “coyotes” or frontier guides who would just as soon sell you for organs than take you over the river. He described that eye-opening experience as the time when he learned about the survival skills required to beat the streets.

Millan made it to Los Angeles and worked as a kennel cleaner and limousine driver. But to reach his goal of top dog trainer would meant he would have to perfect English. An early friend was Jada Pinkett, who believed in Cesar’s dream and helped him by providing a tutor for a year and also becoming one of his first clients. In the early 2000’s Millan became known as the man who tamed the wildest and most aggressive dogs, walking them together peacefully. A profile piece in the LA Times led to a pilot for the Dog Whisperer. And from there, his valuable teachings reached the world.

Millan believes in improving the human canine relationship. What he noticed from his earliest years training dogs was that the way the human behaved affected the behaviour of his animals. Therefore dogs with behavioural problems can trace the origin of their issues to their human owner.

Cesar often points out “I rehabilitate dogs; I train humans”.

This second component of Cesar’s approach is key to how he has broadened his powerful impact from the world of dogs, to that of humans. With his motto “Better humans, better planet” Millan through his Foundation has funded and partnered with dog shelters and agencies throughout the US to bring awareness of the human impact of their relationships with dogs.

His awe-inspiring work with dogs involves training humans just as much. One of the key takeaways we get from Cesar’s message is that we can use our calm-assertive approach in all walks of lives and not just with our canine friends.

The US has given Cesar the opportunity to share his unique approach with the world. A perspective that was born of another land, Mexico! And, it was the generosity of other Americans that helped him along his path to worldwide fame, because they saw the drive and ability that he possessed. 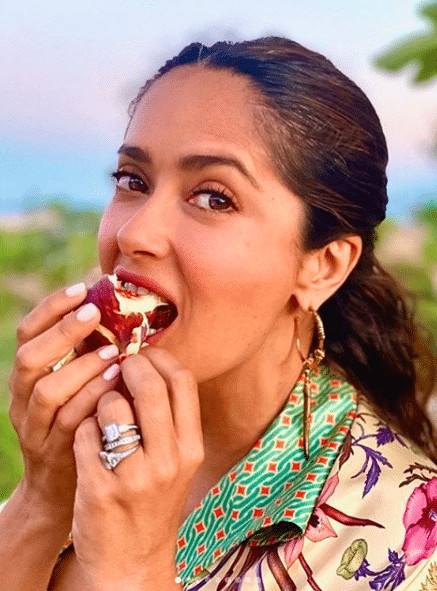 “They thought I was crazy in Mexico when I said, ‘I’m going to Hollywood.’ Nobody thought I could make it.”

She is best known for her critically acclaimed breakthrough role in the 2002 Frida biography, which she starred in and produced.
For this role she received Academy Award, BAFTA Award, Golden Globe Award, and Screen Actors Guild Award nominations.

On top of acting in over 55 films, she has directed and produced numerous films as well as music videos for Price and Jada Pinkett Smith. She owns her own production company Ventanorosa.

From her beginnings in Mexico, to her persistence and determination in Hollywood, Salma is now one of the most famous actresses alive, and has helped pave the way for Mexican female lead roles on the big screen.

Read more below to find out how she rose to the top, and how she gives back and helps those in need. 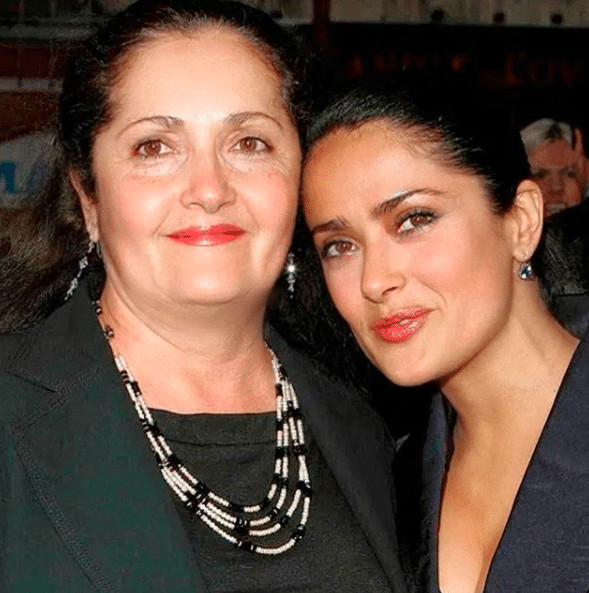 “I had to endure the worst time of all in terms of racial discrimination in Hollywood when I first started out. It was inconceivable to American directors and producers that a Mexican woman could have a lead role.”

Salma’s immigration story involved some challenges, including an expired Visa, but even more challenging were the years that followed when trying to break through in Hollywood. The acting establishment didn’t have a big enough vision to see a Mexican woman as a lead role in major films. Yet Hayek trailblazed her way into leading roles as a Latina woman. And thanks to her drive, we have been able to enjoy her on the big screen for over 30 years now, in the comedy, drama, and action genres.

Salma Valgarma Hayek Jiménez was born in Coatzacoalcos, Veracruz, Mexico on September 2, 1966. Growing up in an artistic household she then studied International Relations at the Universidad Iberoamericana. Hayak began acting and winning awards in Mexico in the late 80’s with her roles in Teresa and El Callejón de los Milagros. Perhaps the taste of success is what made her decide she would go to the top, and become the first leading lady in Hollywood from Mexico!

Even when no one believed in her, she stood fast and resolute. The early years in Los Angeles were full of resistance, but slowly her roles increased until the pivotal and career changing role as the lead in Frida, the biography of the Mexican artist Frida Kahlo. Since then, Salma has become a Hollywood mainstay and doesn’t look to be going anyway soon.

Pioneer and advocate for women’s rights 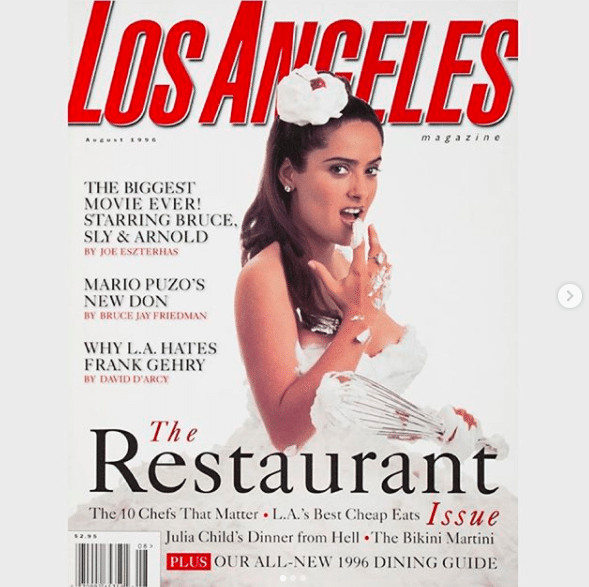 “What is important is to believe in something so strongly that you’re never discouraged.”

Hayak believes in justice and equality for woman and immigrants. She has been outspoken for both causes for years now.

She does not hide behind her position of prestige and power but rather, works to collaborate and help others who may be more in need. So that they too can have opportunities in their lives’ like she has.

Her work with Global Giving / Stand with Women is heart warming and urgently needed. “CHIME FOR CHANGE has joined forces with the KERING FOUNDATION to increase funding to nonprofit organizations supporting women and girls around the world, with a focus on addressing gender-based violence during the COVID-19 pandemic.”

Being an American has allowed unparalleled opportunity, as well as the rare privilege to be able to influence the wider world. Salma is an inspiration to us all for her direct outspokenness, her style and beauty and her skills and ability on the screen.

>>> Giving Back with Salma

Today we learned that the challenge of immigration is great, but the reward is far, far greater.

Just like millions of other American immigrants, Cesar and Salma chased the American Dream and reached their goals, with and with sheer willpower when necessary. Now they live their life fully in the land of opportunity.

The US has so much to offer investors and immigrants alike. Here are 6 Reasons to invest in the USA.

6 Benefits to Investing in the USA

Stay tuned for future articles where we will profile Jorge Perez “The Condo King of South Florida” and other millionaire immigrant entrepreneurs, as well as the inspiring stories of other celebrity immigrants and athletes from all over the world

If you want to immigrate and want to learn more about different ways to live this dream feel free to review our EB5 Visa support document.
>>> EB5 Visa Questions and Process

Discover the American investment & immigration opportunity just for you.