Kamala Harris | Only in America

“The American dream belongs to all of us.”
Kamala Harris

In today’s email we will discover the many “firsts” that Kamala has achieved. We will learn more about her multi-cultural family background, as well as her many career highlights and essential policies.

We will gain a better understanding of what it actually means to have Senator Harris as the next Vice President of the USA, and, how this affects YOU! 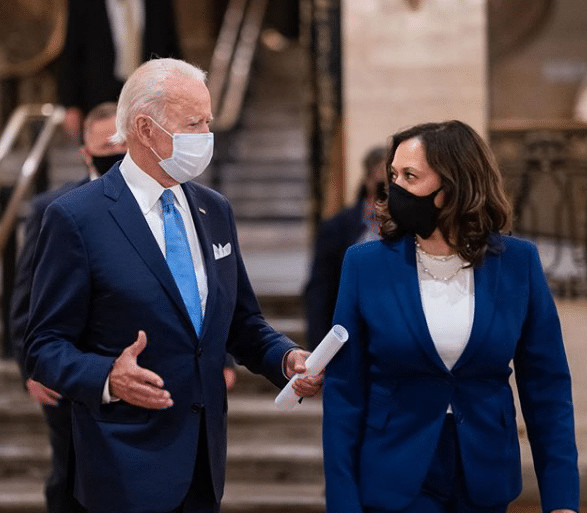 “My mother had a saying: ‘Kamala, you may be the first to do many things, but make sure you’re not the last.”
Kamala Harris

Being appointed, then elected Vice-President of the United States of America, is just the most recent of Kamala’s ground breaking career.

Here’s a list of Senator Harris’ other career “firsts”, beginning with the most current:

“I was raised to be an independent woman, not the victim of anything.”
Kamala Harris

Let’s learn more about where this political pioneer comes from, and how her immigrant family helped shape her values and vision.

Kamala Harris was born in Oakland California in 1964 to a Jamaican born father, Donald, and an Indian born mother, Shyamala. Both parents were completing graduate studies at the University of Berkeley when they met while attending an extra-curricular student debate group focused on politics, decolonization, and activism. As Shyamala continued with her degree in nutrition and endocrinology and Donald with economics, they began dating, fell in love, got married and then had 2 children, Kamala, and her younger sister Maya.

“According to Shyamala, she never intended to stay in America, planning to return to India. But Donald changed things. “I never came to stay,” she told a reporter for SF Weekly in 2003. “It’s the old story: I fell in love with a guy, we got married, pretty soon kids came.””

“My parents would bring me to protests—strapped tightly in my stroller,” Kamala is quoted as saying. Shyamala even met Martin Luther King Jr. when he spoke at Berkeley in 1967.

Kamala’s parents divorced when she was 7, yet nonetheless her mother raised her and her sister as women of color- Black Americans, while also respecting their Indian heritage. During her childhood, Kamala visited her maternal grandparents and extended family. She was inspired by their dedication to civil and women rights. Her grandfather fought for and defended the freedom of India as a senior government official, while her grandmother literally walked across India advocating for birth control for women.

It’s clear that in the case of Kamala, the apple doesn’t fall far from the tree. However, when she first shared her dream of becoming a lawyer, her parents were initially opposed to the idea. Yet Kamala stayed true, explaining that she wanted to change the system from within.

Let’s take a look at her career as lawyer, prosecutor, attorney general and senator, to identify her achievements and see what kind of values she holds.

>>> learn more about her family here 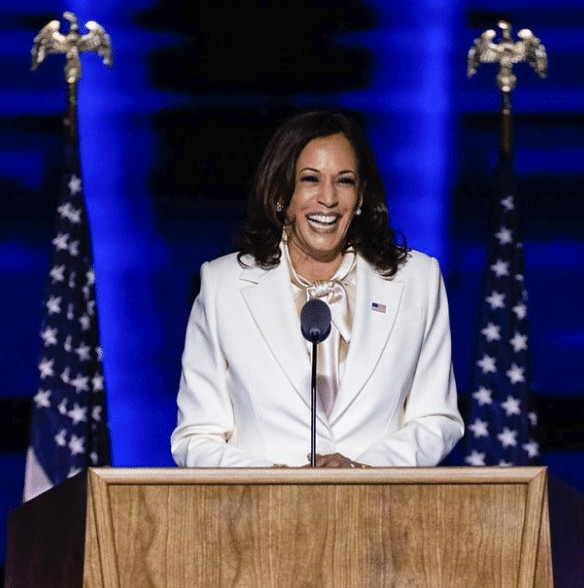 “If you want to deal with an epidemic – crime or health – the smartest and most effective and cheapest way to deal with it is prevention first.”
Kamala Harris

Kamala Harris is renowned for her tough debating skills, her progressive values, and her advocacy for equal rights. She could be seen as a progressive “defender of the little people.”

Harris graduated from Howard University in 1986 with a degree in political science and economics.
Followed by the University of California, Hastings College of the Law, where she graduated with a Juris Doctor in 1989. She was admitted to the California Bar in June 1990.

Leveraging her experience as a government prosecutor, in 2002 she ran for San Francisco District Attorney and won in her first effort.
Then, in 2008 she announced she would be running for California Attorney General. Again, in her first campaign, she was victorious, as well as being re-elected for 2014.
In 2015, Harris decided to run for Senate which she also won on her first attempt.
She is currently the Senator (Dem) of California.

Some of her most significant career and political achievements are:

Her 3 decades of activity in government law have shown her to be a tough fighter in the battle for justice. 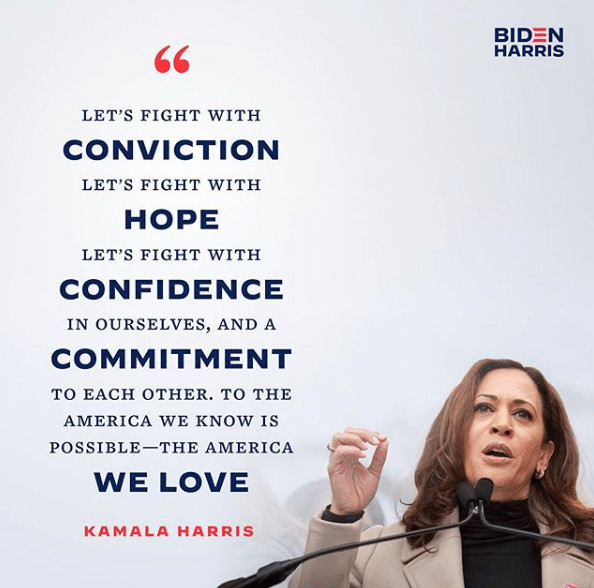 What Kamala means for Americans AND Immigrants

“There is a lot of work to be done to make sure our leaders reflect the people they are supposed to represent. The more diverse a group of decision makers is, the more informed the decision will be. Until we achieve full representation, we all should understand we are falling short of the ideals of our country.”
Kamala Harris

Kamala Harris’ appointment and victory signals hope and possibility for millions of women and girls not only in the US, but all over the world.

Senator Harris is a living example of dedication to a vision that is larger than herself. She has repeatedly envisioned great things for not just herself, but for all women, people of color, the lower class, the under-educated, as well as immigrants.

Her worldview is based on a strong foundation and respect for civil rights, bestowed upon her by her family from an early age.
In her professional career, she has steadily progressed due to her values, drive, debating skills and dedication to ALL people.

What she could bring to America:

***all photos were sourced from Senator Harris’ IG account ***

America, time and time again, shows us that it is the land of hope and opportunity. That it is a nation that breaks barriers, overcomes challenges, and offers new beginnings….

As Kamala believes:
“Dream with ambition, and lead with conviction.”