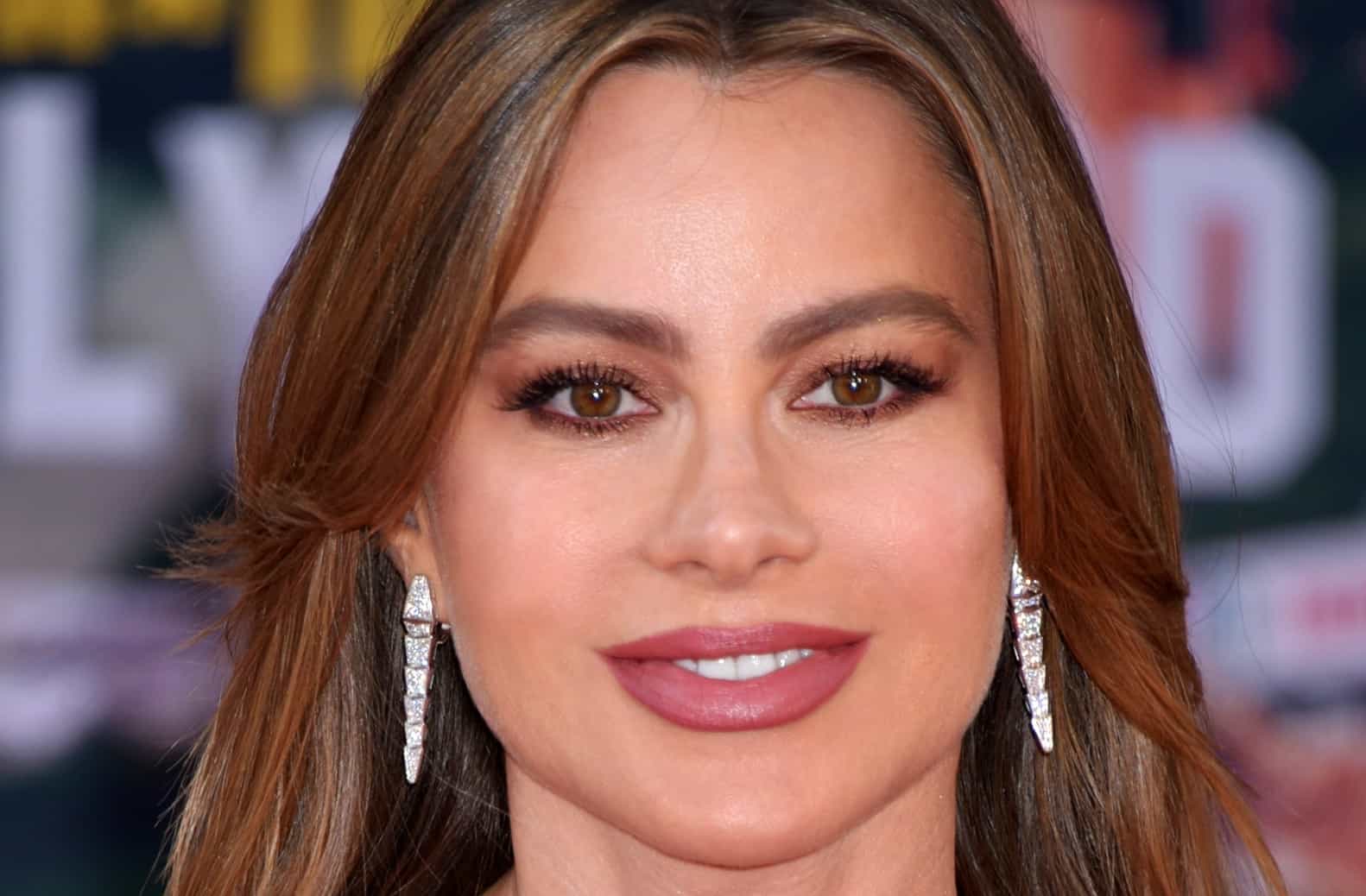 We will discover the stories of these two Hollywood mega stars: Sir Anthony Hopkins, originally from Wales England; and Sofia Vergara, who comes from Barranquilla Colombia.

Both of these superstars are famous immigrant actors. Let’s learn about the challenges they have faced throughout their lives, and how they have added to the cultural landscape of America. 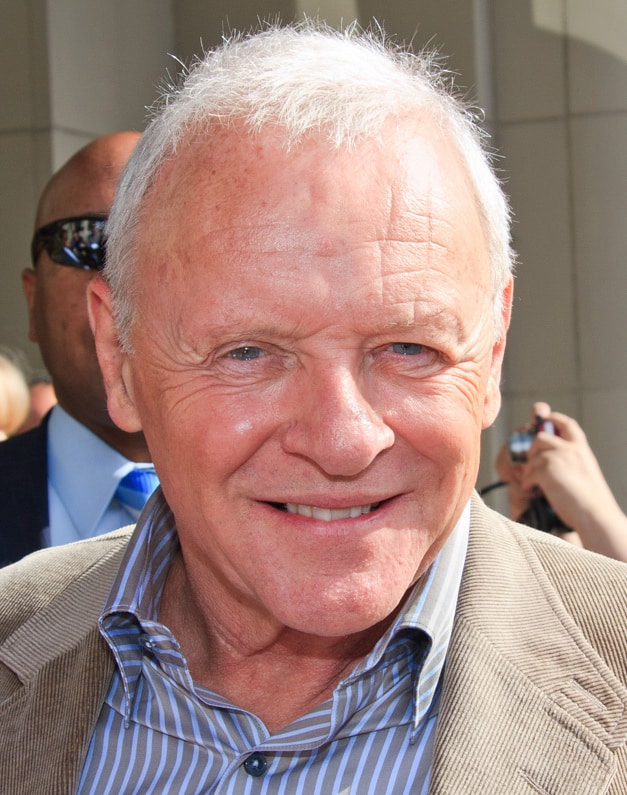 My philosophy is: It’s none of my business what people say of me, and think of me. I am what I am, I do what I do. I expect nothing, and accept everything. And it makes life so much easier.

Sir Philip Anthony Hopkins was born on 31 December 1937 in Port Talbot, Glamorgan, Wales, son of Richard Hopkins, a baker, and his wife Muriel Anne. Growing up he was very close to his grandfather.

As a child he was dyslexic. He liked to paint and play the piano but was not interested in studies being somewhat of a loner and a rebel.

His parents sent him to West Monmouth Boys School in 1949 for more discipline, but after some months he left and continued his education at Cowbridge Grammar School.

After a chance meeting with Welsh actor Richard Burton made him realize his interest in acting, he enrolled at the Royal Welsh College of Music and Drama in Cardiff, graduating in 1957.

He then served in the British Army for two years before moving to London where he attended The Royal Academy of Dramatic Art.

Beginning his acting career on stage in the 1960’s along Burton and Sir Lawrence Olivier, he made the transition to dynamic film and TV roles after tiring of the static routine of stage life performances.

After many decades in the entertainment industry, Hopkins became a US naturalized citizen in 2000 and is now a dual citizen, and one of the many famous immigrant actors living in Los Angeles.

Sir Hopkins has overcome several challenges in his live, mostly stemming from his social awkwardness. A loner since childhood, Anthony had to learn how to live with his demons. Some of the issues he has faced and conquered over the years include:

In the early stages of his acting career, Hopkins suffered from stage fright.

In 1965 Hopkins became Lawrence Olivier’s understudy, and filled in when Olivier fell sick in 1967’s production of August Strindberg’s The Dance of Death.

Hopkins, in his memoirs, recalls the advice his famous mentor gave him one night before setting on stage:

‘Remember: nerves is vanity – you’re wondering what people think of you; to hell with them, just jump off the edge’.

Anthony made the metaphorical leap and it was from that night, overcoming his fear of failure, he became the actor he is famous for.

As quoted by Hopkins:

The whole point of courage, to overcome your fear. That’s the interesting thing, when courage bleeds through the fear.

Hopkins has high end Asperger Syndrome, a condition where individuals display extreme capacity for certain tasks at the sacrifice of other social behaviors. Related to Autism, it is a neuro-developmental disorder characterized by significant difficulties in social interaction and nonverbal communication, along with restricted and repetitive patterns of behavior and interests.

However, he has clearly proved through decades of quality performances, that the world of art is filled with visionaries that can push through their weaknesses and fears through wise choices and decisions.

The way to make better decisions is to make more of them. Then make sure you learn from each one, including those that don’t seem to work out in the short term: they will provide valuable distinctions to make better evaluations and therefore decisions in the future. Realize that decision making, like any skill you focus on improving, gets better the more often you do it.

Hopkins was a heavy drinker from his early adulthood until the age of 38. In 1975, he hit rock bottom after numerous black out episodes related to heavy drinking. He has abstained for over 40 years now, and credits the sober life for helping foster his most creative output.

Hopkins is active in philanthropy of the environment, the arts, as well as social and community causes.

Einstein and Ansari – scientists and entrepreneurs finding home in USA 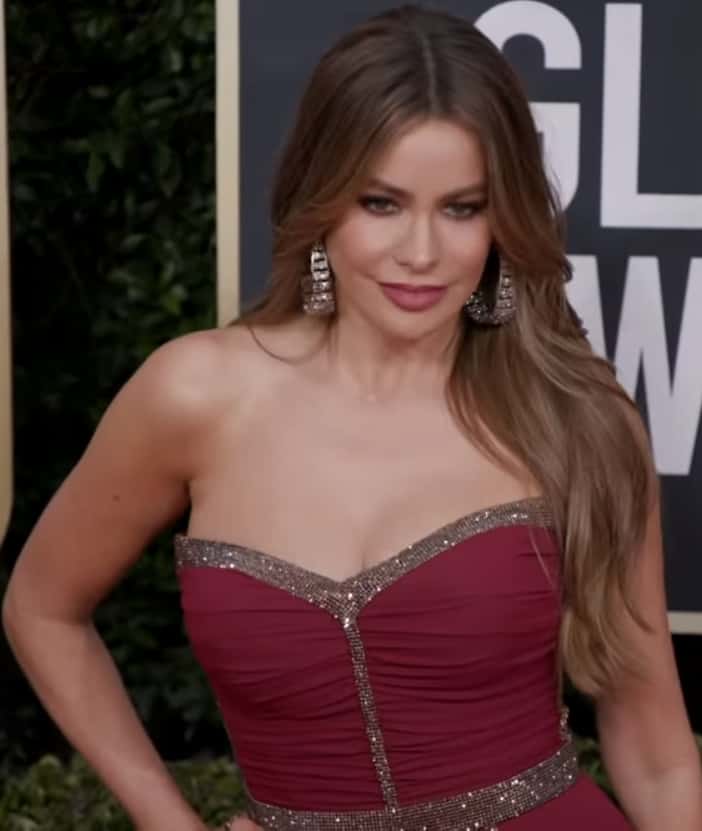 I like business, and the truth is I save way more than I spend. I invest. I plan for the future. I have a special eye for opportunities and work harder than anyone might expect.

Sofía Margarita Vergara Vergara was born on July 10, 1972 in Barranquilla, Colombia. Her mother, Margarita was a homemaker, and her father, Julio Enrique Vergara Robayo, was a cattle rancher.

Growing up in a typically large Roman Catholic family, she was nicknamed “Toti” by her five siblings and many cousins.

Sofia began her modeling and television career after being discovered by a photographer while walking on a Colombian beach. Modest, she was “apprehensive about doing her first television commercial—until her Catholic schoolteachers gave her their personal permission to take the assignment.”

She made her first appearance, aged 17, in a Pepsi commercial aired in Latin America. She then began studies at the Creative Workshops School of Acting, where Gloria Estefan also trained.

Vergara initially studied dentistry for three years at National University of Colombia, but she left two semesters away from completing her degree to pursue opportunities in modeling and show business.

After appearing in several roles in Colombian television, tragically, in 1998, her older brother Rafael was murdered during an attempt to kidnap him. Not wanting to suffer in the aftermath of the murder, Vergara, along with her family, emigrated to the United States, settling in Miami, Florida.

This is when her career as one of the dozens of famous immigrant actors – and second chance – in America began.

During her December 2014 appearance on Jimmy Kimmel Live!, Vergara revealed that she had become a United States citizen after getting a perfect score on her citizenship test.

I’m fearless, I don’t complain. Even when horrible things happen to me, I go on.

Sofia has faced and overcome numerous challenges in her rise to Hollywood superstardom. In fact, the obstacles in her life have been significant and numerous.

Rafael’s murder was so difficult for the rest of the family, that Sofía was inspired to move the rest of her clan to Miami so they could be together.

“Mother was like a zombie,” Vergara told Parade. “I wanted to be with them. So I got a big house and we all lived together,” the actress said, concluding, “I am so grateful to be in this country.”

During her rise to fame in America, Vergara faced many prejudices towards how a Latina woman should behave on television and the big screen. She was told numerous times that her larger than life personality would not work, yet, this very feature of her character is what endears her to millions around the world.

Never take no personally. Sometimes people tell you no for a reason that has nothing to do with you. You must keep going.

Giving Back | How Sofia shares in her success

Sofia Vergara is very active in charitable organizations. As a cancer survivor she has supported organizations in Colombia that aim to beat cancer for good.

All said and told, Sofia has donated to over 12 charities:

The short version is that dreams become reality in America.

The goals of many young men and woman around the world inevitably lead them to USA. After all, it’s the land of opportunity and a special place on the planet, where the dreams of many become reality through hard work, creativity and perseverance.

Today we learned how Anthony and Sofia have achieved their dreams even after facing obstacles and challenges. Thru their deeply fulfilled lives and their excellent work on television and the big screen, they continue, as famous immigrant actors, to inspire millions all over the world.

To discover investment opportunities in America that may fit into YOUR goals, contact us today.

Discover the American investment & immigration opportunity just for you.