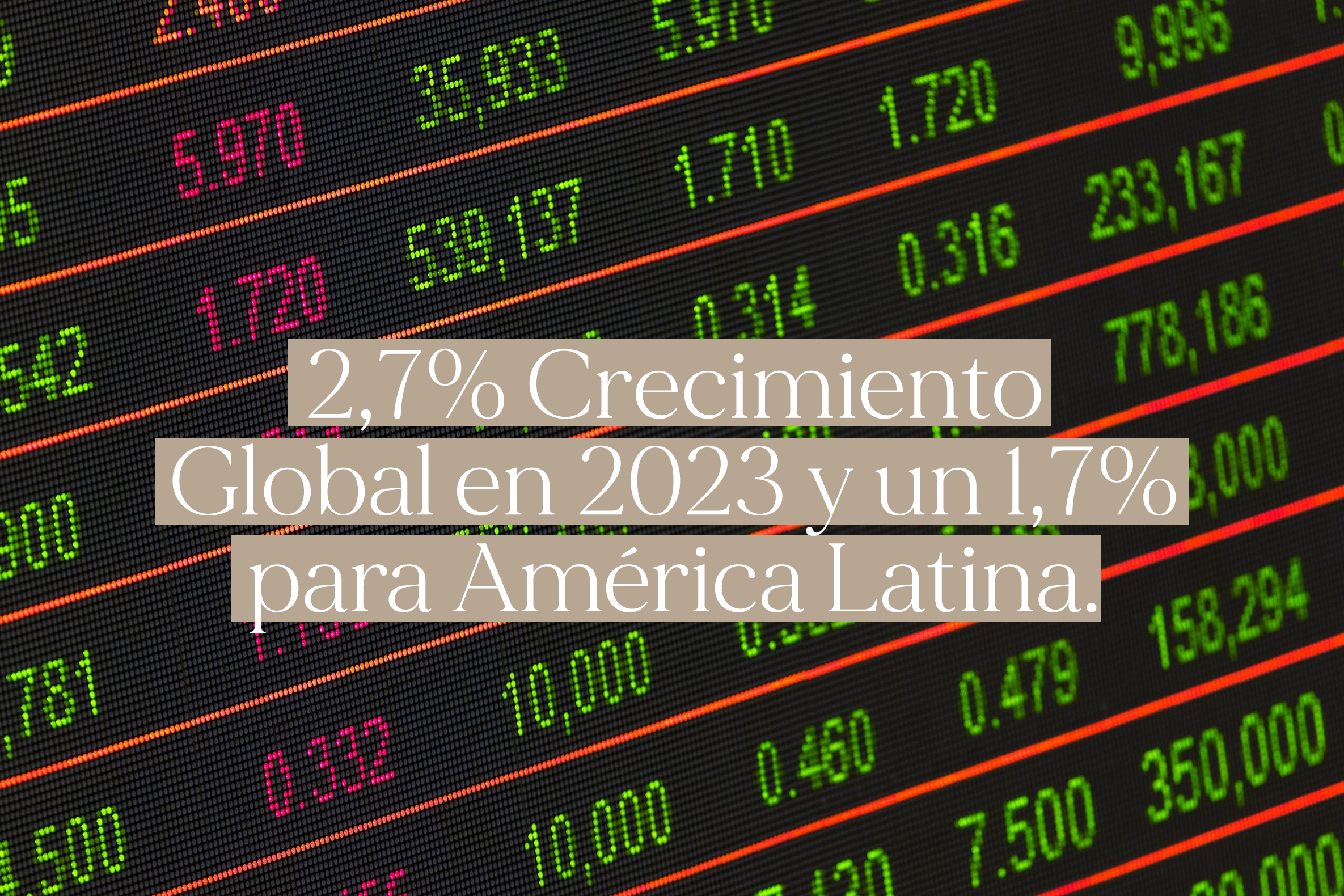 Discouraging figures were announced this week by International Monetary Fund (IMF) Chief Economist Pierre-Oliver Gourinchas, noting that at least one-third of the world’s economies are at risk of falling into a recession next year.

Among the factors that determine this negative behavior is the Russian invasion in Ukraine, the global inflation spiral and the slowing Chinese economy, which according to the projection presented, will continue to be the main elements in the near future. The latter has a greater impact on the global economic direction, directly affecting supply chains to highly industrialized countries.

In its World Economic Outlook report, the IMF installs the negative trend as a constant for the future of emerging economies weakened by inflation, rising interest rates, weakening dollar-dependent currencies and capital flows that migrate to safer land in search of higher returns, the BBC Mundo medium said about the impact of these projections.

As the IMF figures explain, the area with the greatest impact on growth variation will be the euro area, followed by the United States and Latin America and the Caribbean. While highlighting solutions aimed at improving or stabilizing the current global situation.

“To contribute more to the fight with inflation, structural reforms can be used to improve productivity and alleviate supply constraints, while multilateral cooperation is necessary to accelerate the transition to green energy and avoid fragmentation” they said.

This is in addition to its latest blog, which notes that countries such as South America, Mexico and other commodity exporting economies could see their growth rates cut in half next year as lower commodity prices amplify the impact of rising interest rates. And among other factors, this slowdown can lead to a reduction in exports, remittances and tourism in the region, in addition to the uncertainties of the current global economic situation.

BAI Capital or Become American Investor LLC is a boutique firm with more than 12 years of experience specializing in raising, investing and managing private equity. Primarily for capital investments in real estate development projects in the United States.

With a presence in real estate in the states of Florida, Texas and New York. We specialize in generating value from land acquisition to the development of large projects. Such as senior residences, student residences, multifamily rental and mixed-use buildings including condo and retail.

Our mission is to safeguard partner capital and equity under minimal risk exposure. With safe development and going through all stages. Land purchase, urban zoning adjustment, commercial vision in architectural development, and work permit management. We then take charge of capitalization, construction and exit with return of capital and earnings to partners.

You already know what the economic picture for Latin America will look like in 2023. If you’re looking to protect your capital from inflation through dollar-return investments, check out our guide to how private equity works in the U.S. Remember that investing in BAI Capital is investing in the USA.